I’m writing this post in front of the stunning views of the island Ko Yao Yai in Thailand. We’re already a week into our amazing honeymoon trip, and to my surprise I really miss Western food.

Don’t get me wrong – I’m in love with Thai food, and during my last vacation in Thailand two years ago I almost refused eating Western food during my stay in this amazing country.

It turns out that there’s a difference between kitchens in Thailand’s regions, and while the food in Northern Thailand and in the Koh Samui and Koh Phangan areas really suited my taste, I didn’t love the food in Phuket as much.

So I decided that it’s a good time to tell you a bit about an amazing business lunch meal Daniel and I had, just a few hours before our flight at Milgo & Milbar in Tel Aviv. 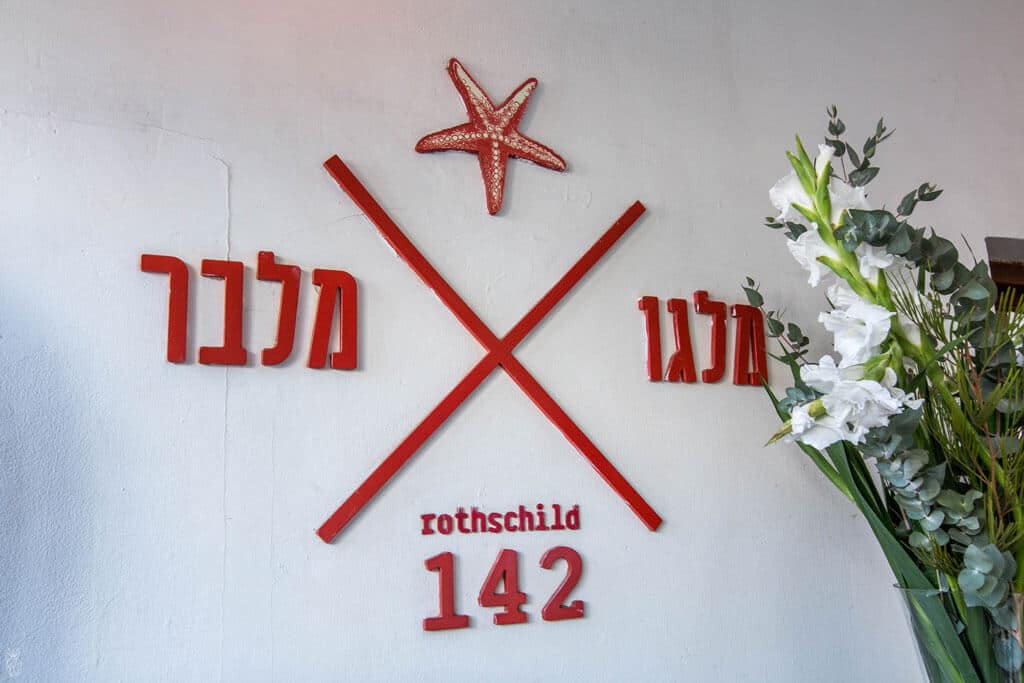 The relatively old restaurant {in Tel Aviv time..} announced a few months ago that they will have a mid-week business lunch menu, and as a business lunch lover I decided it was time to try it.

Milgo & Milbar is located on the corner of Marmorek and Rothschild, a very central area, right near Habima, which for some reason is considered a cursed location for restaurants. The current incarnation of the restaurant “survived” over two and a half years so far, so maybe they actually managed to undo the curse.

Even before we got to the restaurant I did my usual check and went over their business lunch menu online and I discovered that most of the main courses on the menu were priced relatively reasonably compared to other restaurants in that area of Tel Aviv. Beyond that, the appetizers on the business lunch menu {including bread and a spread, an appetizer and a main course as part of the business lunch} were very diverse and even included some nice fish dishes without an additional charge {unlike most other restaurants that offer these dishes}.

What can I tell you, when I reserved a table there for 2 PM I expected the place to be packed – like the amazing Tutu, Pastel and Café Noir restaurants.

When we got to the restaurant I was surprised to see that we were the only two who decided to eat there during the afternoon, despite the tempting business lunch menu {and the amazing pictures accompanying it on the restaurant’s website}. Strange, I thought… maybe the place really is a bit cursed??

The restaurant is divided into a few seating areas – a two-level indoor balcony or in the restaurant itself, where you can sit right in front of the open kitchen. We decided to sit on the higher level of the balcony, facing the windows overlooking the magical Rothschild Street. A waitress immediately came over and told us about the business lunch menu and about the daily specials.

The menu includes an interesting variety of dishes including fish, chicken, meat and even one vegetarian/vegan pasta dish. Prices start at 79 NIS and most of the dishes aren’t more than 100 NIS. 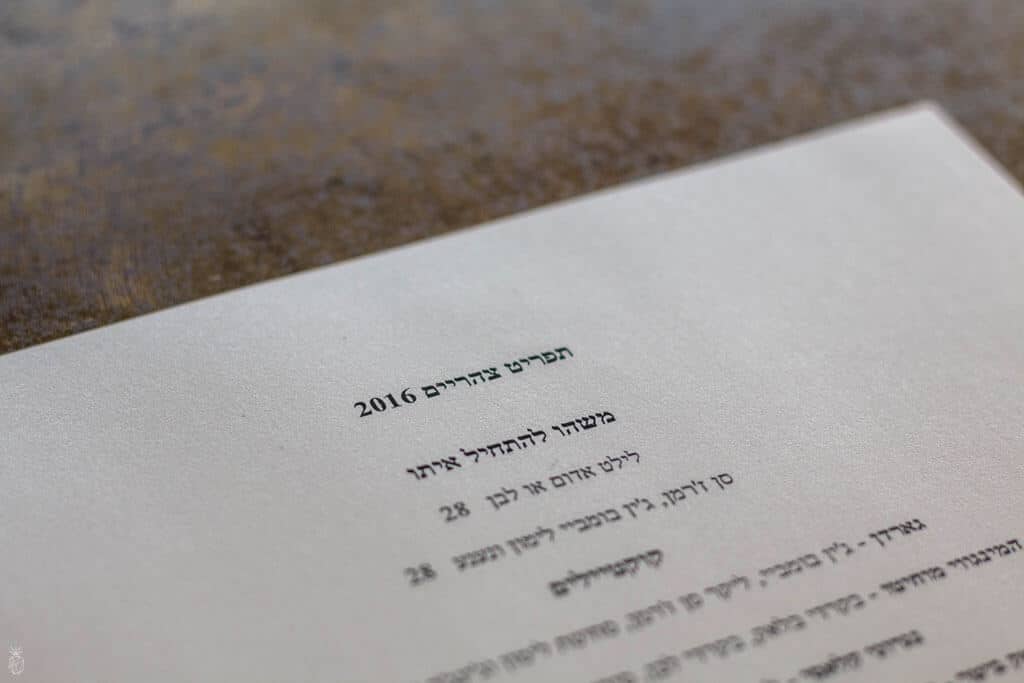 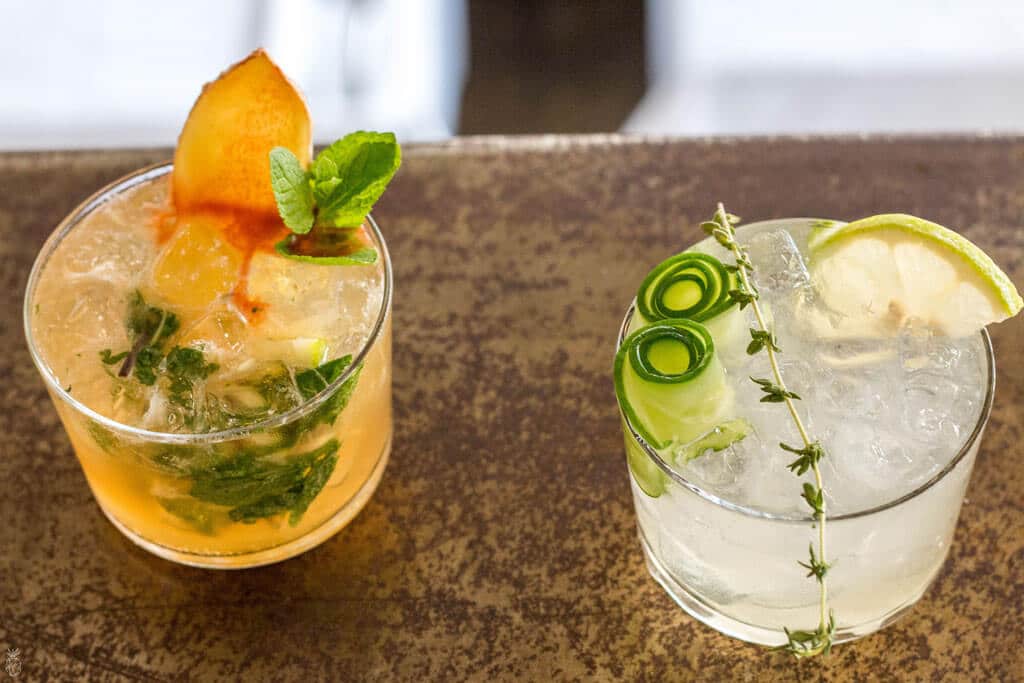 You can also order reasonably priced wine from the business lunch menu {28 NIS} and a wide variety of cocktails at a surprising price of just 26 NIS – before you get too excited, take in account that the business lunch cocktails are smaller, so it’s almost like you’re paying half price for half the cocktail. It’s not some great deal, but it’s nice if you’re in the mood to drink a cocktail without making the bill too big.

We ordered The Garden Cocktail based on Bombay Gin and the Hemingway Mojito. They were both very tasty, but like I said, they were relatively small.

The meal started off excellent – sourdough bread with a roasted pumpkin paste and olive oil. I’m actually not a pumpkin lover but this spread was so tasty and it was perfectly seasoned – I just couldn’t stop wiping the little dish it came in, even when there wasn’t really anything to wipe anymore. And the bread was also good, but in my opinion it wasn’t really sourdough. 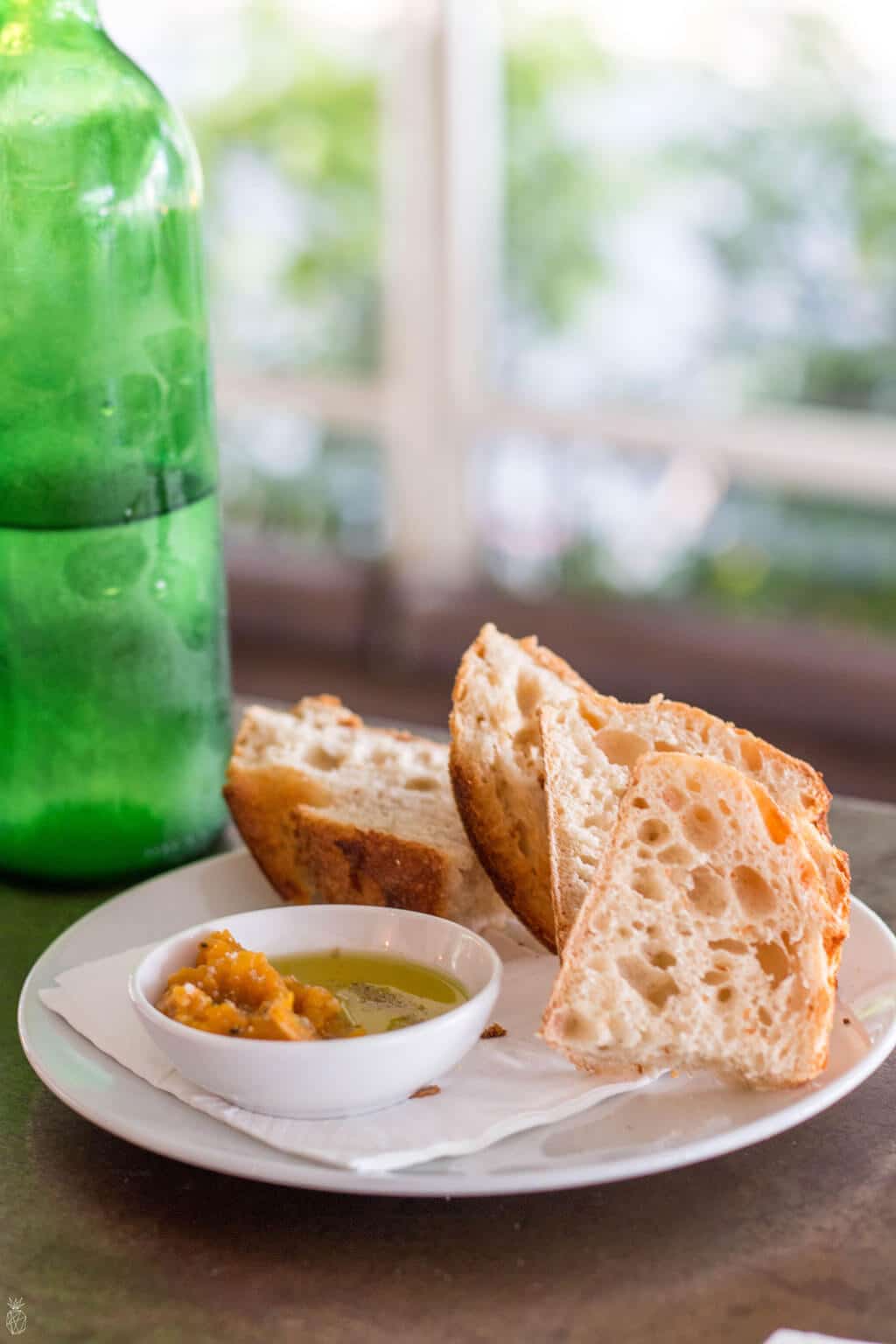 Right after that, they served the two appetizers we ordered – fish carpaccio and crispy ginger with nectarines, chili and mint and sea fish sashimi with Thai beans, coriander, and mint with a ginger vinaigrette. The carpaccio dish was great and was seasoned in a way that didn’t steal the show from the fish, but it complimented it. I especially loved the flavors the sour red grapefruit added to the dish. The sashimi dish was refreshing with excellent Asian scents.

Both dishes were very fresh with special flavor combinations but not the ‘trying too hard’ kind. If raw fish is your cup of tea, I highly recommend not skipping these dishes. 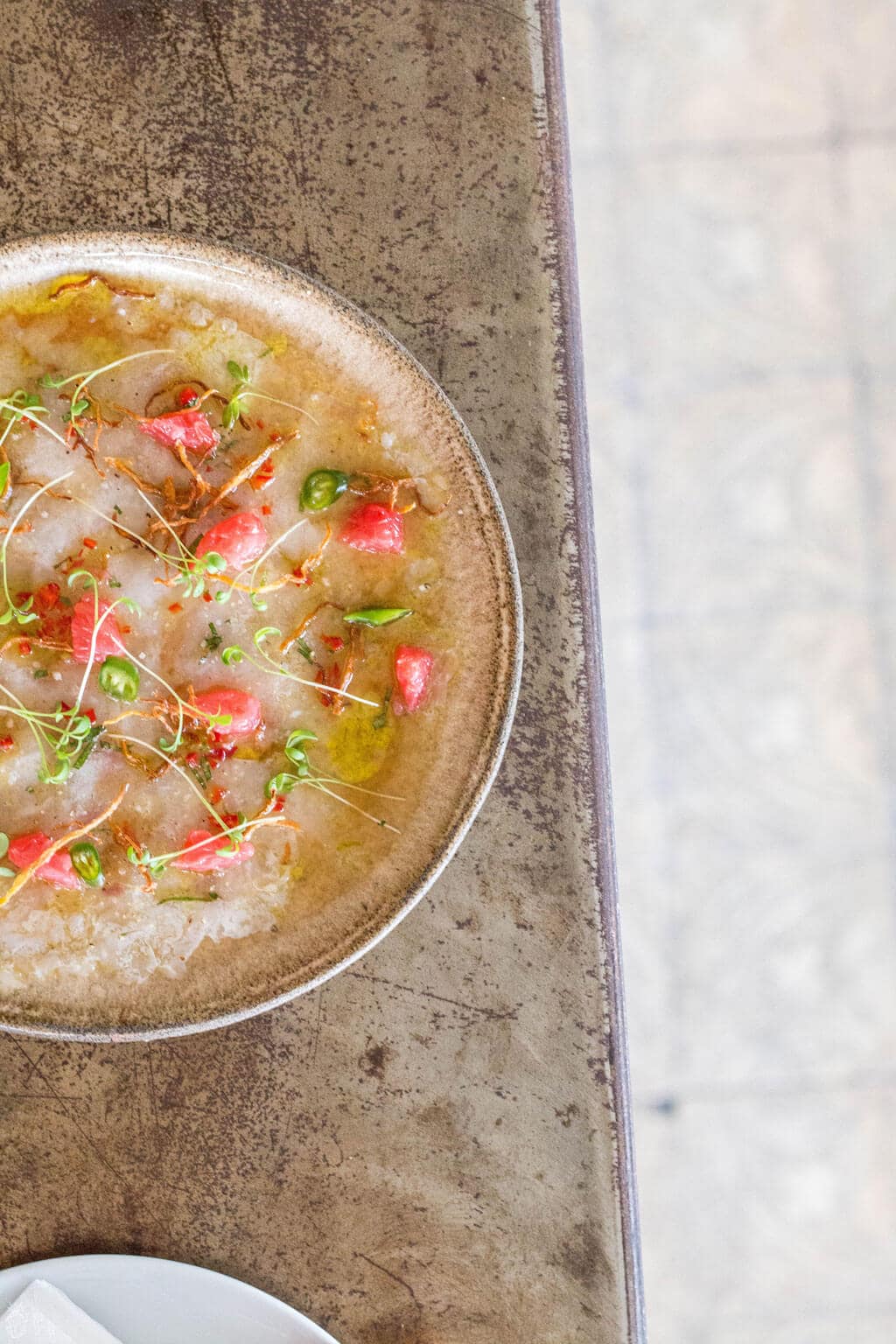 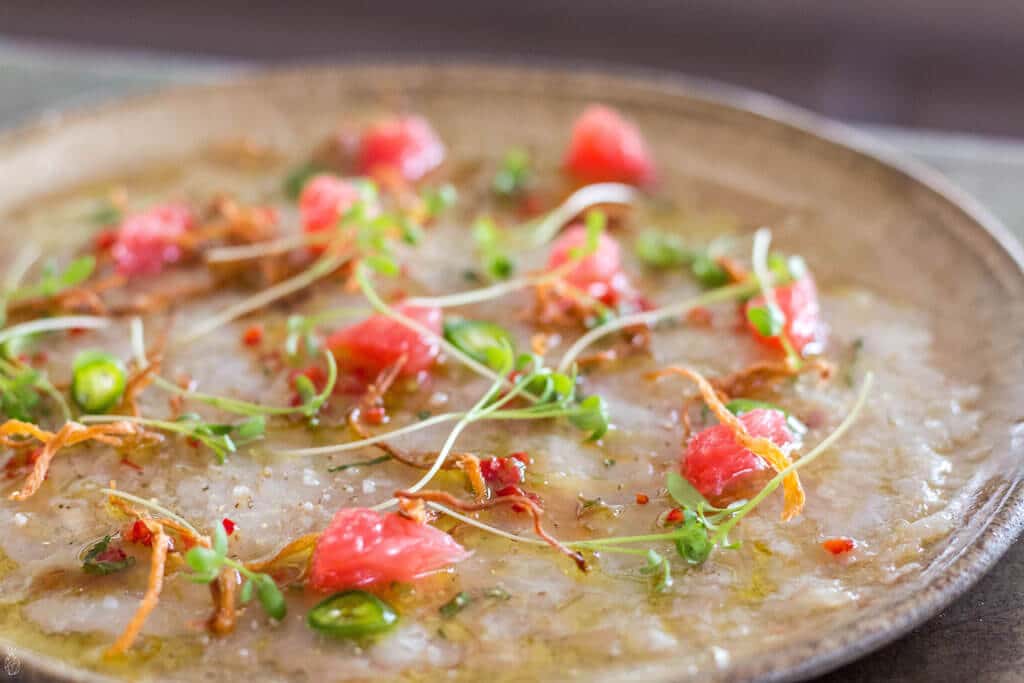 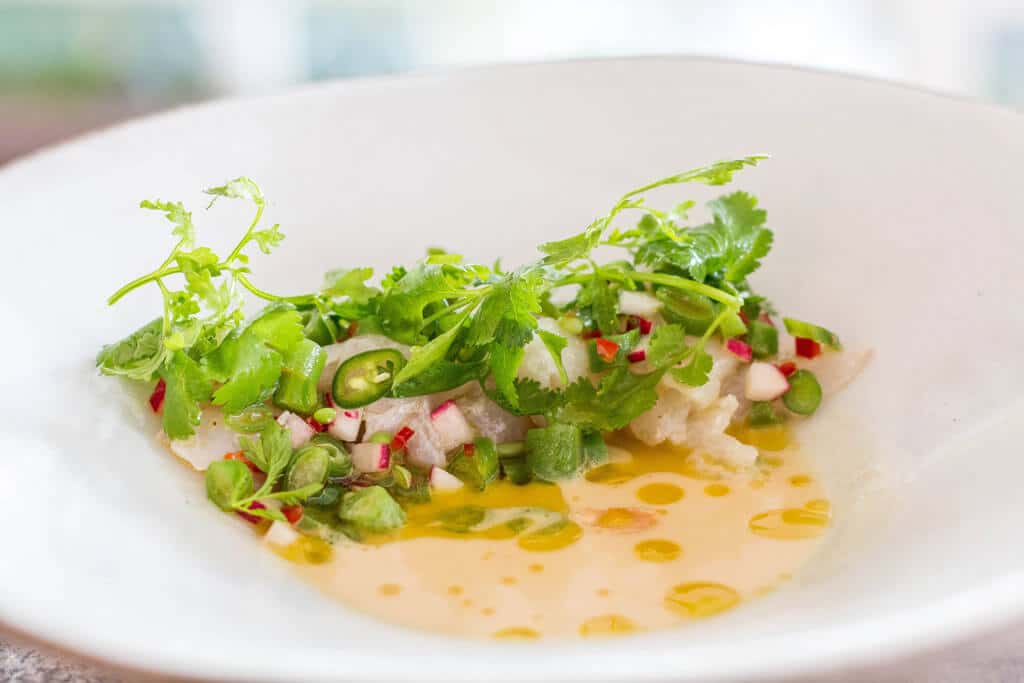 For the main course I ordered the grouper fillet and baked Jerusalem artichokes, zucchini and white horseradish on a vanilla artichoke cream {129 NIS}. Honestly? This is the standard price restaurants charge for business lunches including a fish fillet, but in this case it was the grouper fillet which is considered more expensive than the average, and is therefore priced fairly in my opinion.

I got two big pieces of a juicy grouper, served on a hill of Jerusalem artichokes and roasted green vegetables with a perfect Jerusalem artichoke cream under them. I didn’t really feel the vanilla but it was an excellent dish that I will definitely order again. 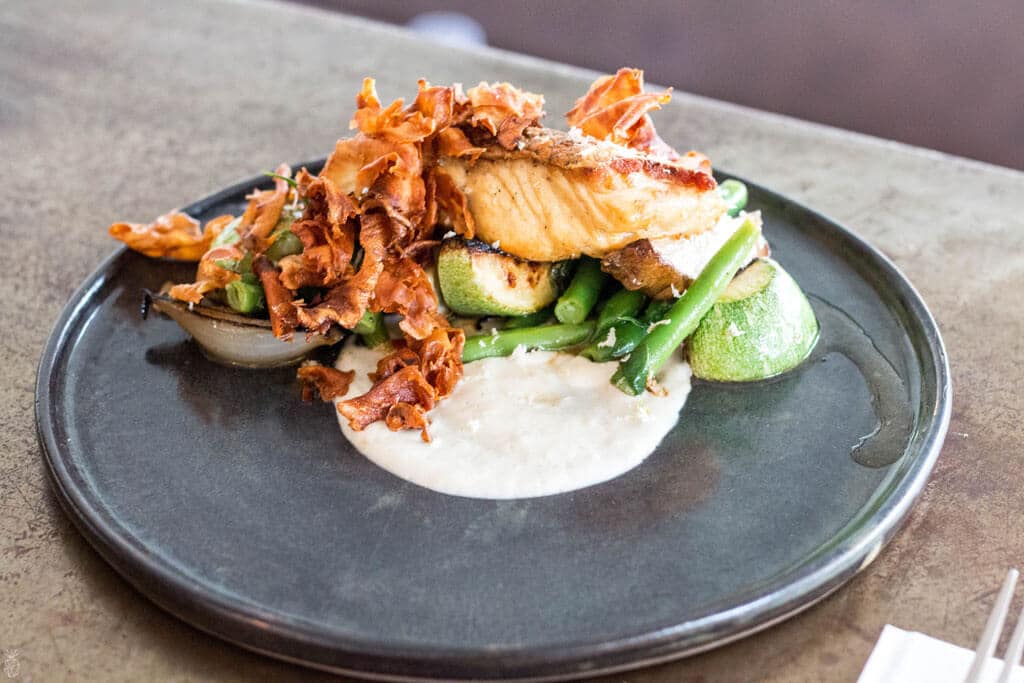 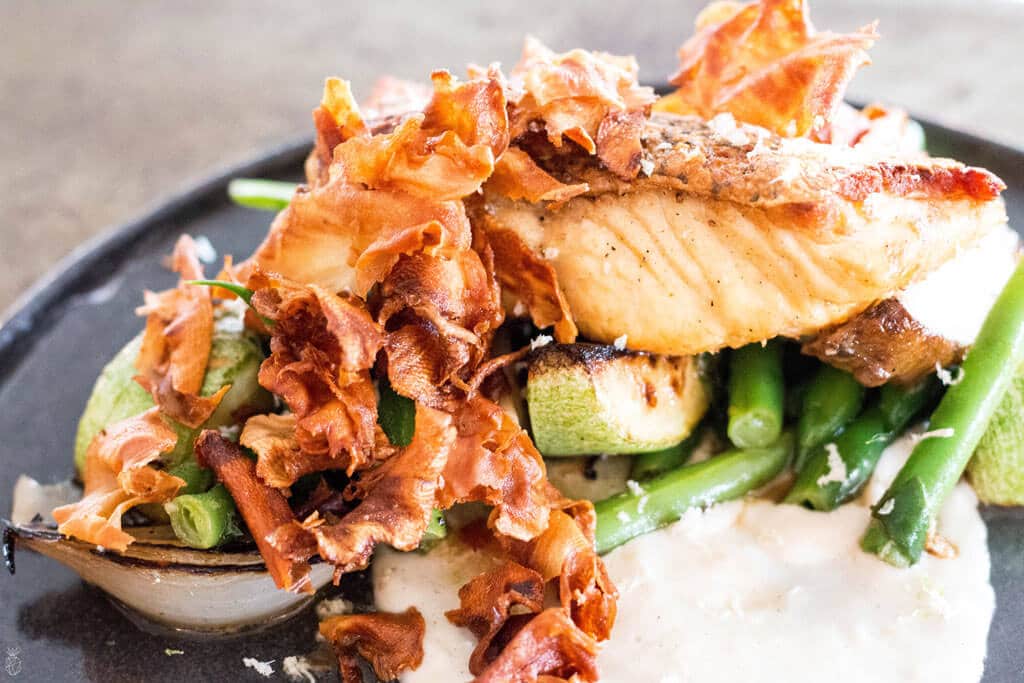 Daniel ordered the daily special – 270 grams of lamb chops, black cabbage and green vegetables on a white sweet potato cream {156 NIS}. True, the dish isn’t cheap, but it includes raw materials that we don’t normally see in business meals. Daniel got 3 ribs prepared perfectly and they actually fell off the bone. The side dishes were very similar to the ones I ordered and the presentation of the dishes was fantastic. A relatively expensive dish for a business lunch meal, but it’s amazing and highly recommended. 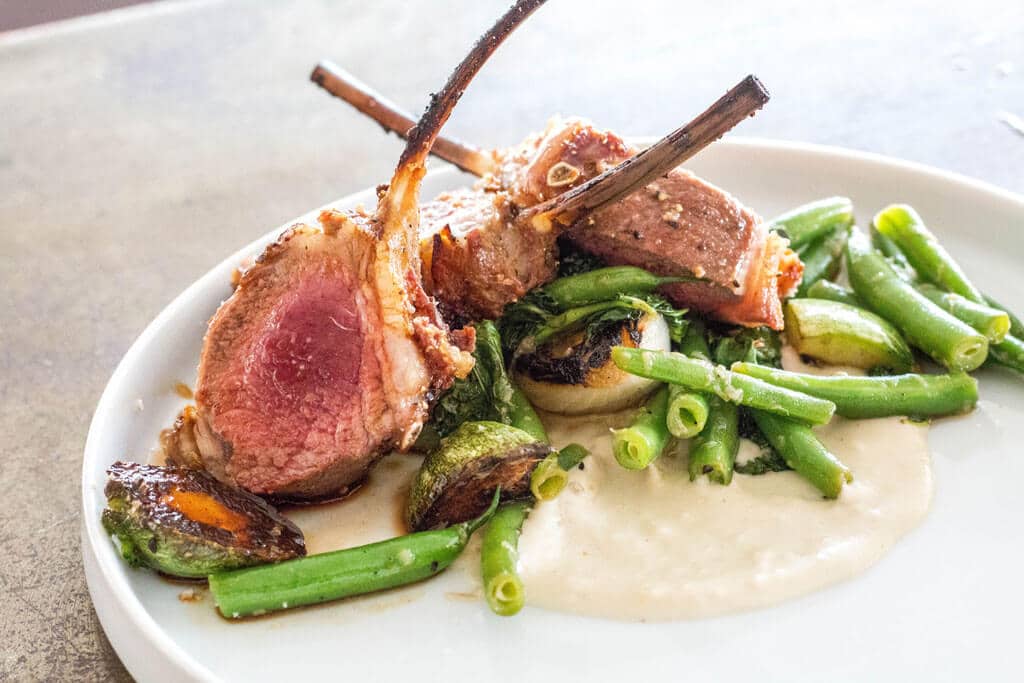 For dessert we decided to go for the pear pie {38 NIS}, especially since it sounded more interesting than the Nemesis chocolate {with all due respect to chocolate, and there is respect 😉 }.

I love pies, especially the kind with a perfect butter crust – the kind you can’t stop eating.

Unfortunately, this wasn’t the kind of pie served at Milgo & Milbar.

First of all, if it’s a pear pie, then why were there apples there? I verified this with the manager and she said that there was probably a mistake in the kitchen… or maybe they ran out of pears and thought we wouldn’t notice the difference? Oh, well… 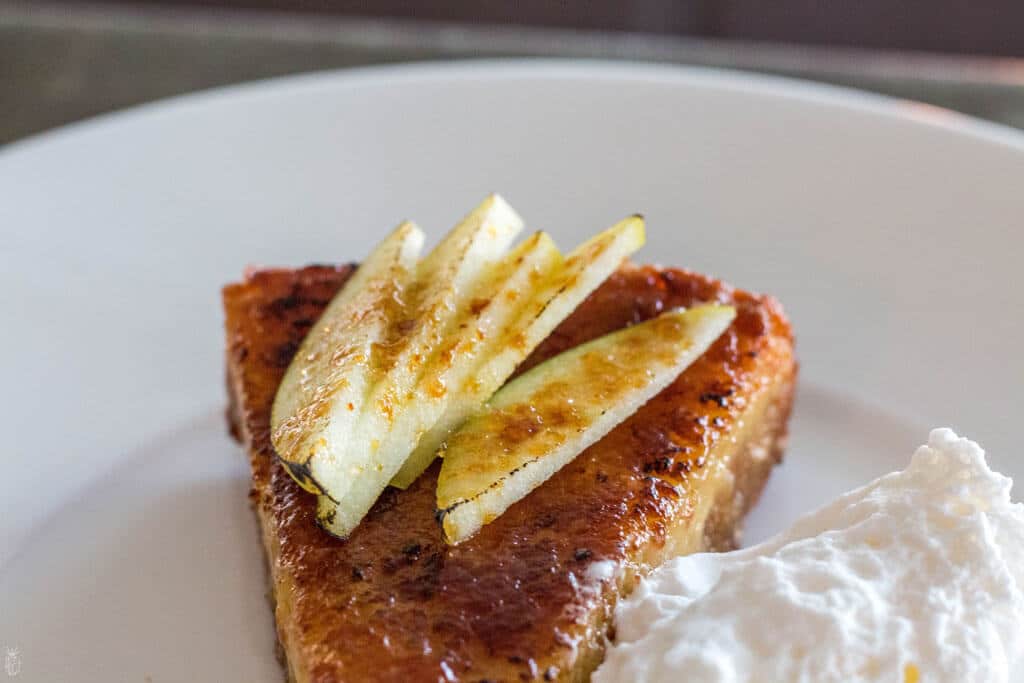 Secondly, I don’t know what this dessert has to do with pie, but it’s definitely not one. The main flavor that took over the dish was the filling of the almond croissant, and as much as I love almond croissants – this dosage was simply too much.

The dough that I expected to come with the pie wasn’t really there, meaning there was something but it just wasn’t crisp and buttery as I had hoped it would be.

Along with the slice of cake there was a kind of delicate and not crazy sweet cream which managed to balance the sweetness and heaviness of the cake, but still – the dessert just wasn’t my taste.

Daniel actually enjoyed the dessert {and he finished it, but that’s really no surprise }, but he also said that he had much better desserts in the past. 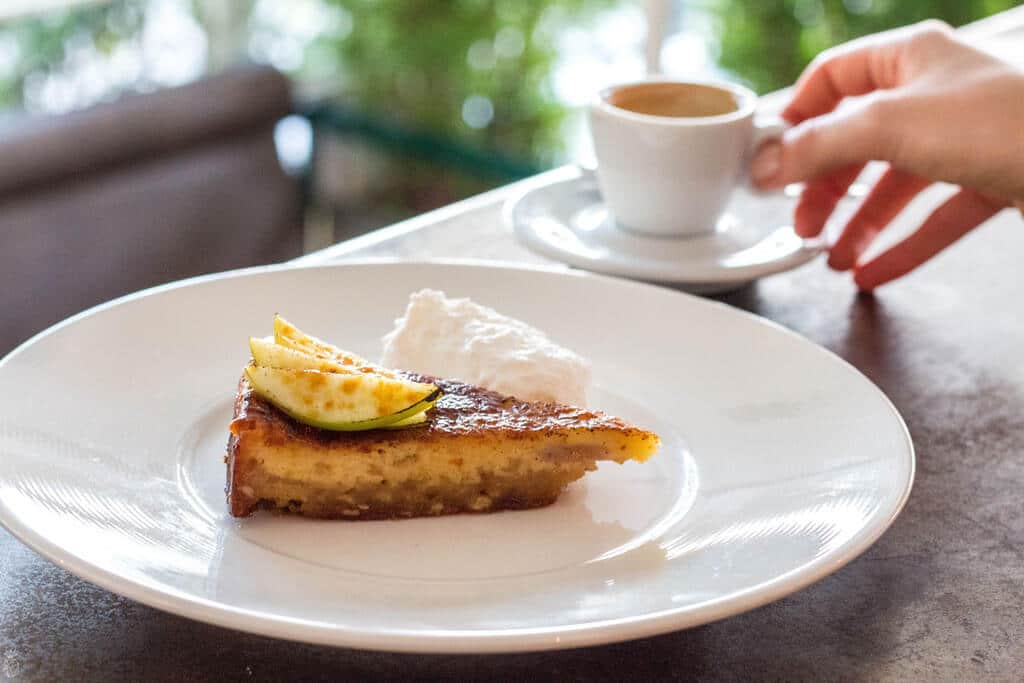 Bottom line – the business lunch is great and offers a wide variety of dishes, mostly priced reasonably compared to other restaurants in Tel Aviv. The only downfall, at least in my opinion, was the dessert, but the rest of the meal was excellent. It always surprises me how some places are so packed in the afternoon lunch hours {like Tutu and Café Noir}, while other places which are just as good and sometimes cheaper {like this restaurant and the fabulous ‘The Norman’}, are so quiet during these hours.

Anyway, if you want to try a new place with excellent food and attention to details – it’s definitely worth trying this business lunch next time you have the chance to get to Tel Aviv mid-week.

Keep on Reading
PrevPreviousISRAEL : The Norman restaurant – European escapism in the heart of Tel Aviv
NextPINSPIRATION : Doughnuts From Around The GlobeNext 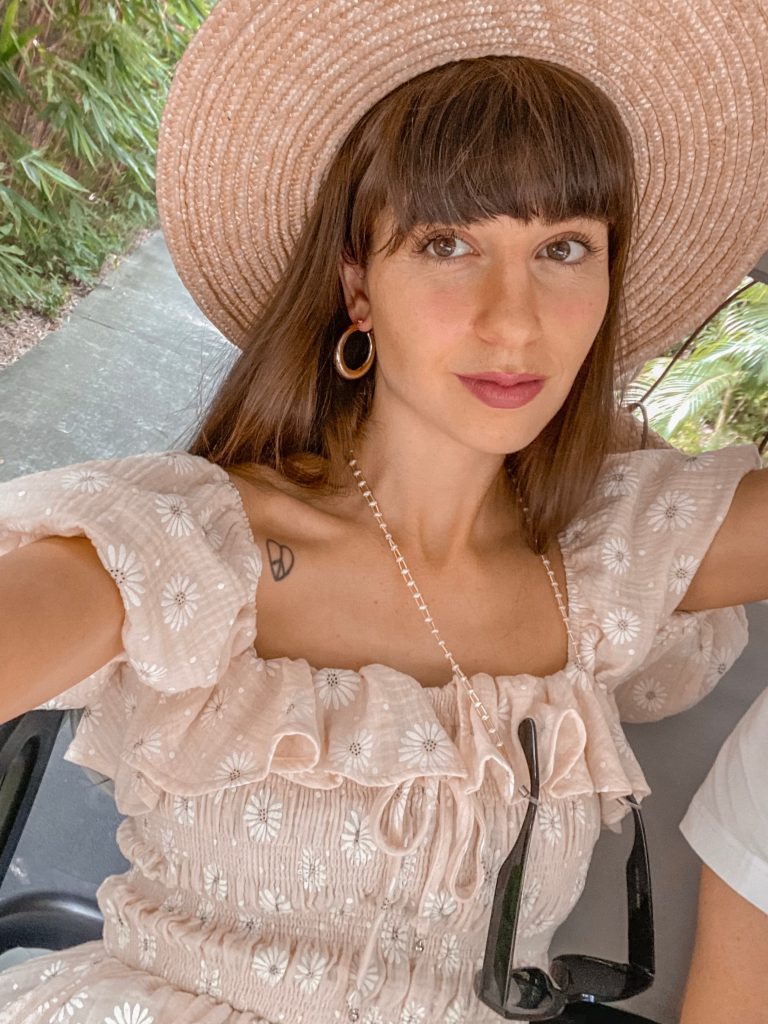 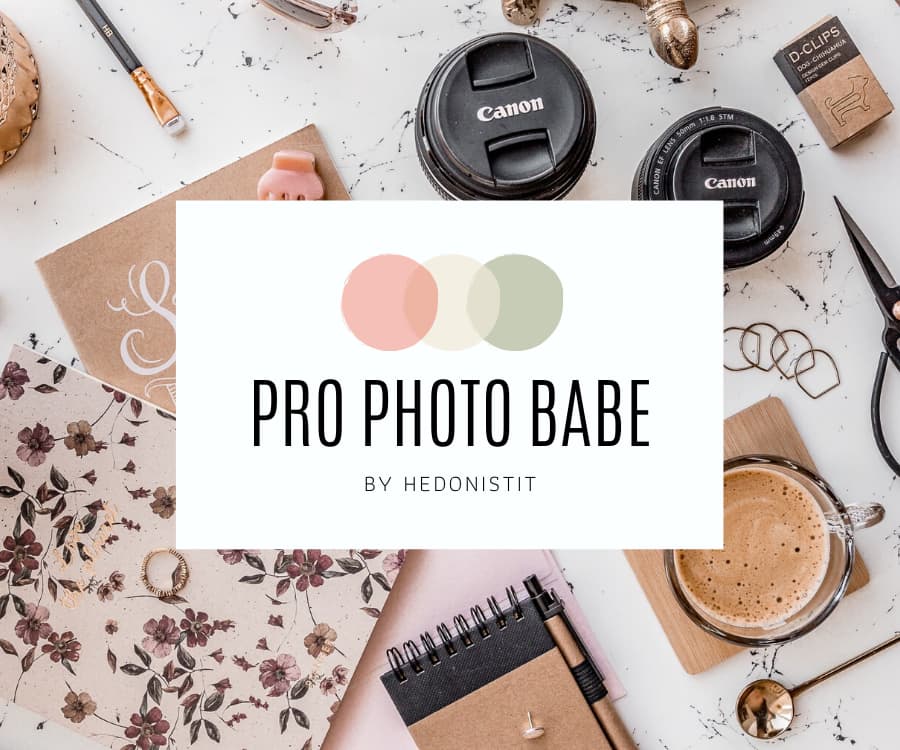 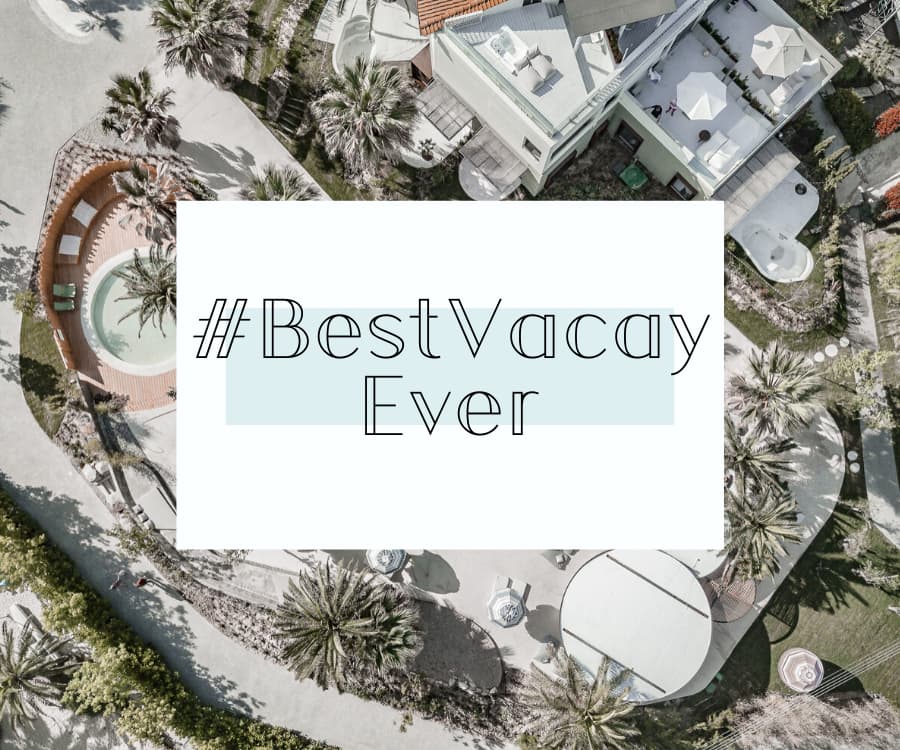 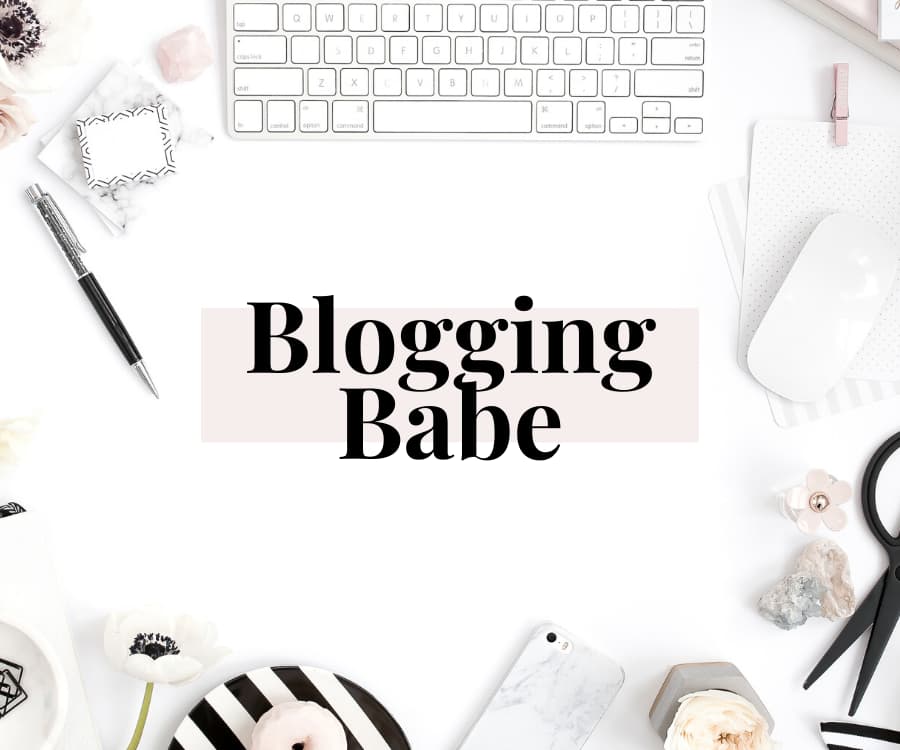 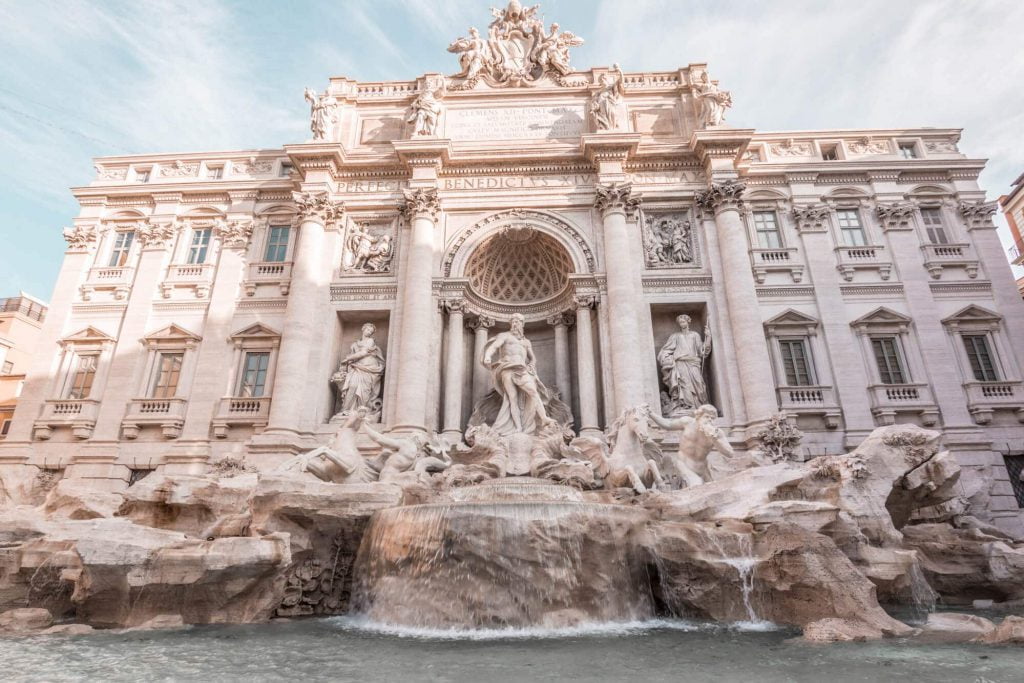 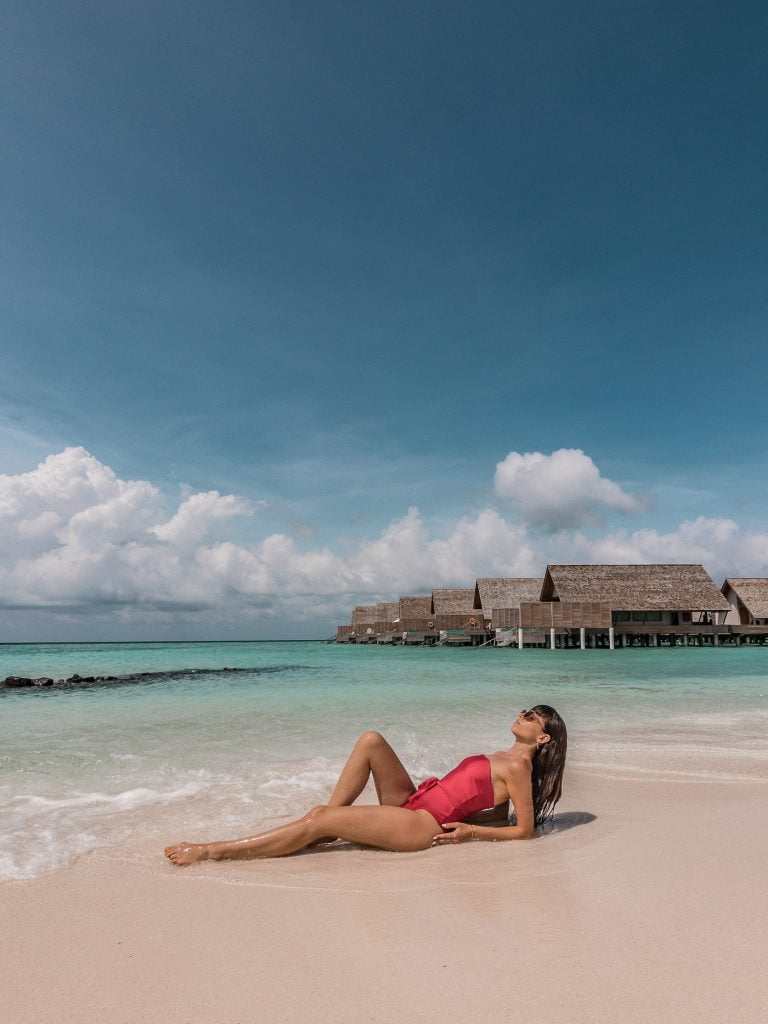 TRAVEL
Faarufushi Maldives – A Romantic Luxury Resort in the Maldives 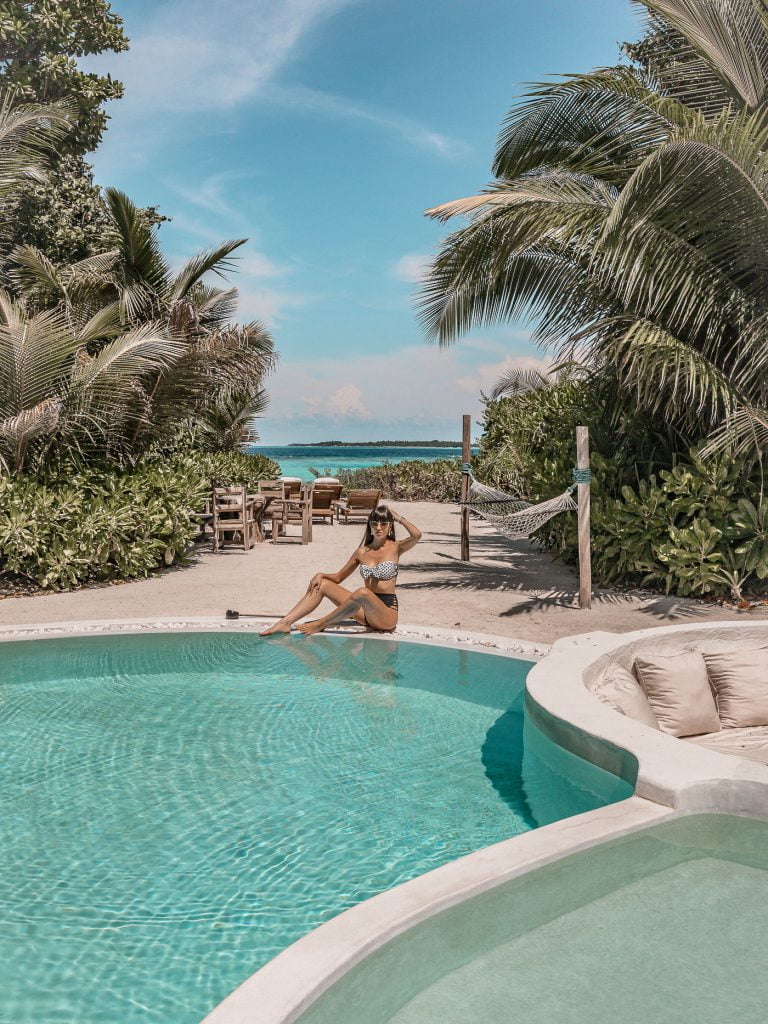 TRAVEL
Soneva Fushi -A Robinson Crusoe Experience in The Maldives 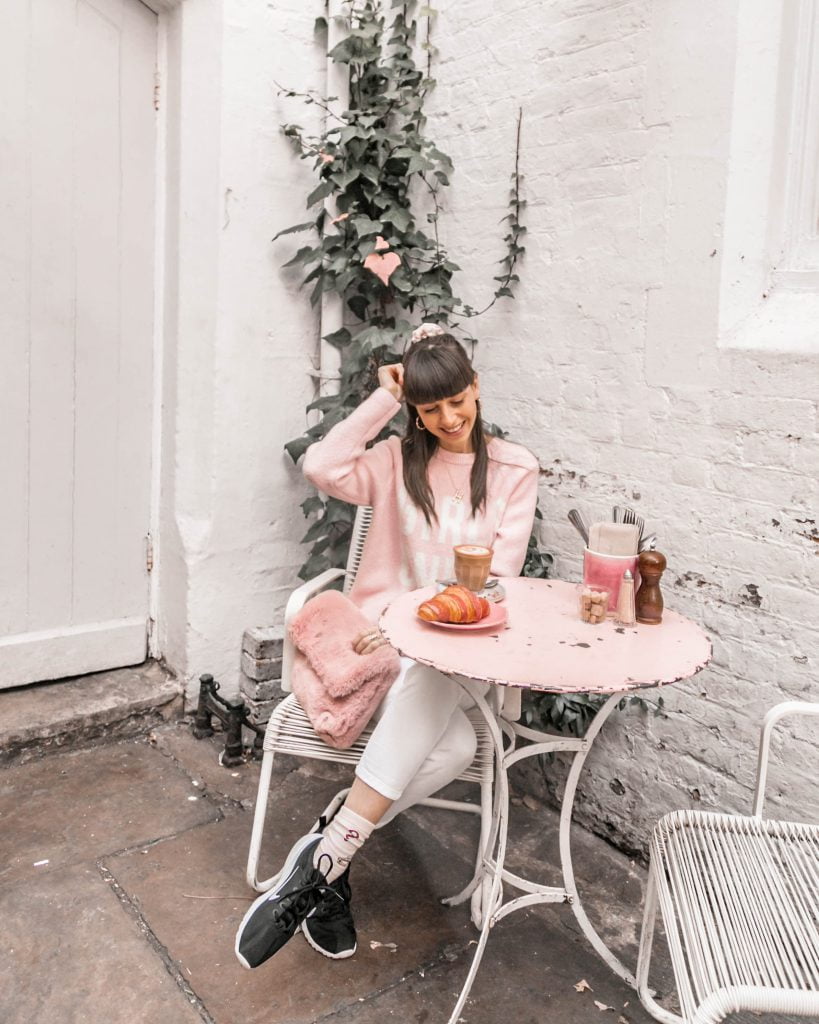 BLOGGING
The year at Hedonistit: A Look Back at 2019 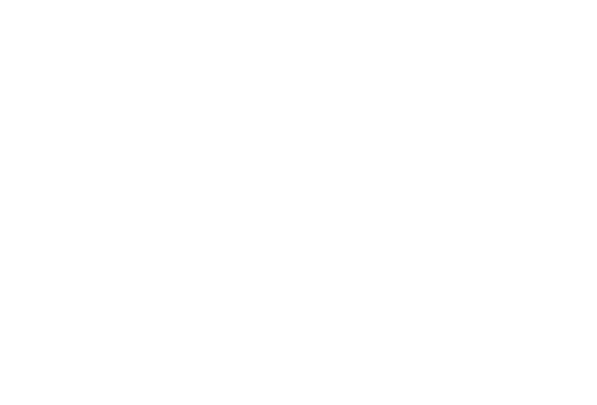 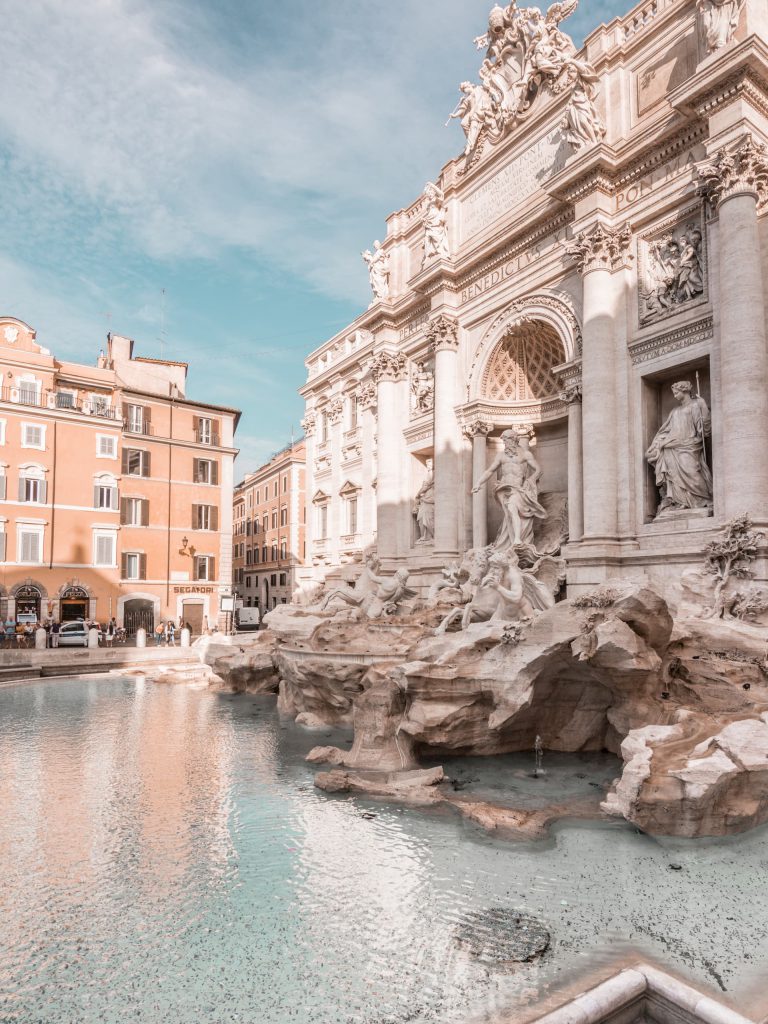 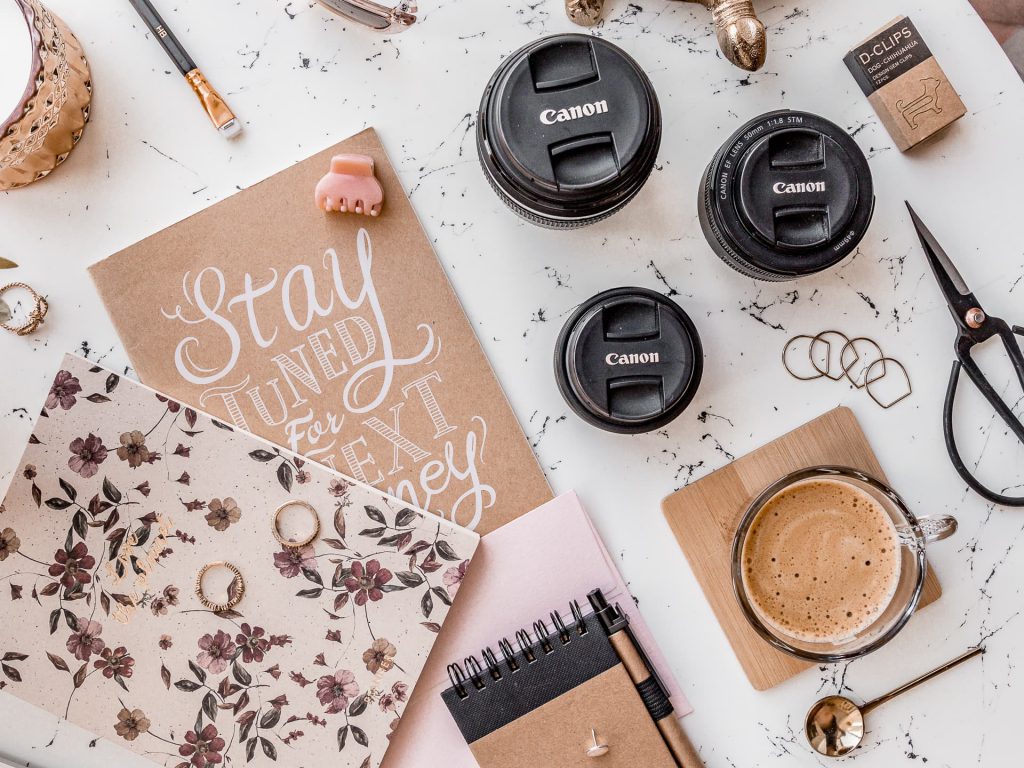 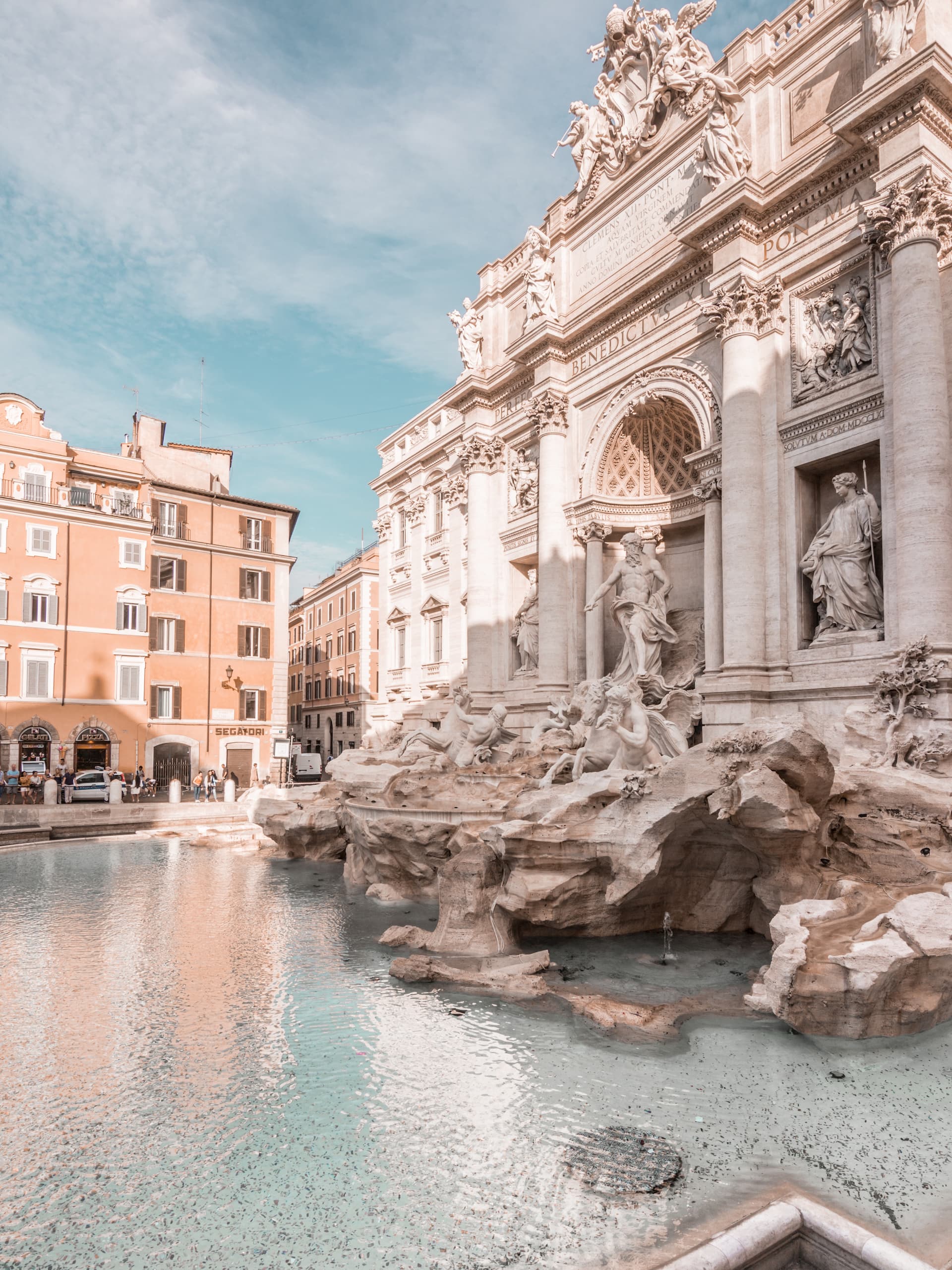 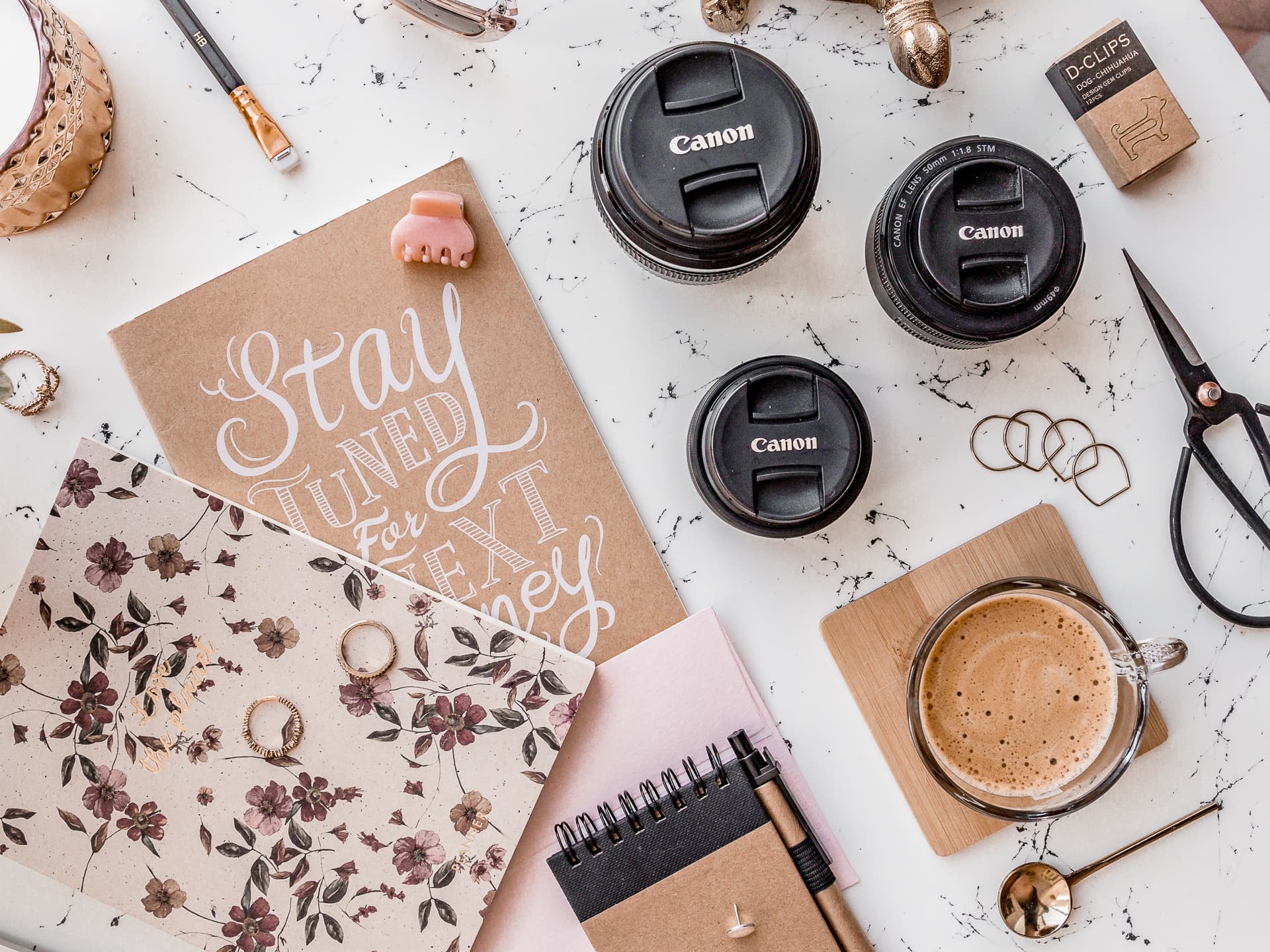 Creating a content strategy, producing and creating visual content that aligns with the hotel branding and values.

Creating an Instagram account made up of a mix of ambient images produced under an integral color palette, built specifically for the brand and photographed at the famous Rothschild Avenue with models combined with inspirational quotes.

Creating a content strategy, producing and creating visual content that aligns with the branding and hotel values.

Creating a trendy Instagram account that combines the variety of desserts sold at the store with unique pop-up accessories.

As part of the project, a concept was built that showcases the special, original and trendy desserts of the chain. “Instagram desserts” that are not only excellent but also corrupt and delicious.

Creating a content strategy, producing and creating visual content in the purpose of branding the company as a young and prestigious brand.

Creating an Instagram account in a natural, harmonious and clean atmosphere that emphasizes the design of the jewelry in an elegant and chic way. we choose the brand a color which creates an effortless look, but yet prestigious and full of style – a look the is timeless with an international aroma.